While most Amish and Old Order Mennonites are of Swiss ancestry, nearly all speak Pennsylvania Dutch, an American language that developed in rural areas of southeastern and central Pennsylvania during the 18th century. Most German-speaking emigrants to colonial Pennsylvania were from the cultural region of Central Europe known as the Palatinate (Pfalz), thus Pennsylvania Dutch resembles most strongly the German dialects of this area. 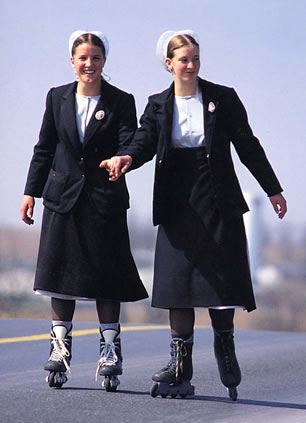 Approximately 15% to 20% of Pennsylvania Dutch vocabulary is English-derived. Although scholars and some language advocates prefer the term “Pennsylvania German,” the use of “Dutch” here does not reflect a (mis)translation of “Deutsch” or “Deitsch.” The English word “Dutch” was used in earlier times to describe people of both German and Netherlandic origins, often with a “folksy” connotation.

Throughout the 19th century, most Pennsylvania Dutch-speakers lived in rural areas of Pennsylvania and were of Lutheran or German Reformed affiliation. They are known as nonsectarians, “Fancy Dutch,” or “church people,” as opposed to the “Plain people,” the term for traditional Anabaptist sectarians. With the dramatic demographic changes of the 20th century, which led to greater mobility and the loss of rural isolation, maintenance of Pennsylvania Dutch declined sharply.

Today, only members of highly traditional Anabaptist groups (mainly Amish and Old Order Mennonites) actively speak the language and transmit it to their children. During the 19th century, approximately 3,000 Amish who had remained in Switzerland emigrated to the U.S., many settling in Ohio, Indiana, and other states. A minority of Amish today, the so-called “Swiss Amish,” known as Shwitzer, comprise two subgroups, one speaking a form of Bernese Swiss German and the other Alsatian German. The largest concentrations of Amish today live in Pennsylvania, Ohio, and Indiana, but Wisconsin follows right behind, with over 21,000 Amish and several thousan more Old Order Mennonite residents. 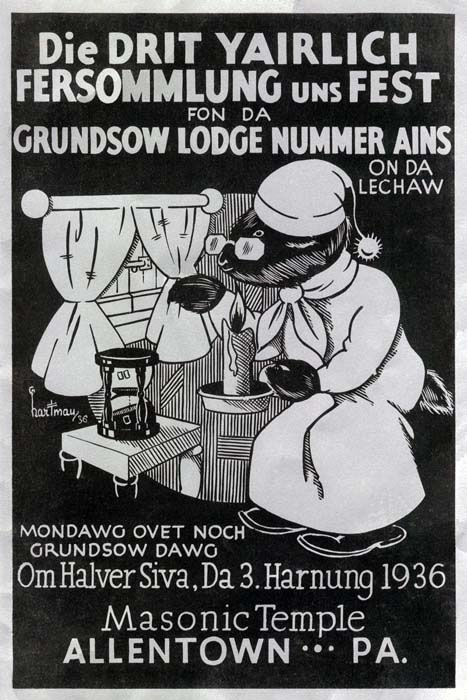 Some nonsectarian Pennsylvania Dutch virtually all of whom live in rural southeastern and central Pennsylvania, have attempted to counteract the shift to English monolingualism by creating institutions to promote the language. The most prominent of these are the Grundsow (Groundhog) Lodges, the first of which was founded in Allentown, PA, in 1933. Annual lodge meetings coincide with Groundhog Day (February 2), a New World expression of the traditional European mid-winter holiday of Candlemas. The program cover pictured here reads: “The Third Annual Meeting of the Groundhog Lodge Number One on the Lehigh (River). Monday evening after Groundhog Day, at 6:30 p.m., the 3rd of February, 1936.”Most speakers of Pennsylvania Dutch have been literate in English only. Amish children, for example, learn to read and write in English in their parochial schools, though they also develop passive knowledge of High German for use in religious worship.

Recently, though, the New Testament has been translated into Pennsylvania Dutch, and a collection of children’s Bible stories in the language (Vella Laysa—Let’s Read) is now available. As with the Groundhog Lodge program, English spelling conventions are usually observed in written Pennsylvania Dutch. 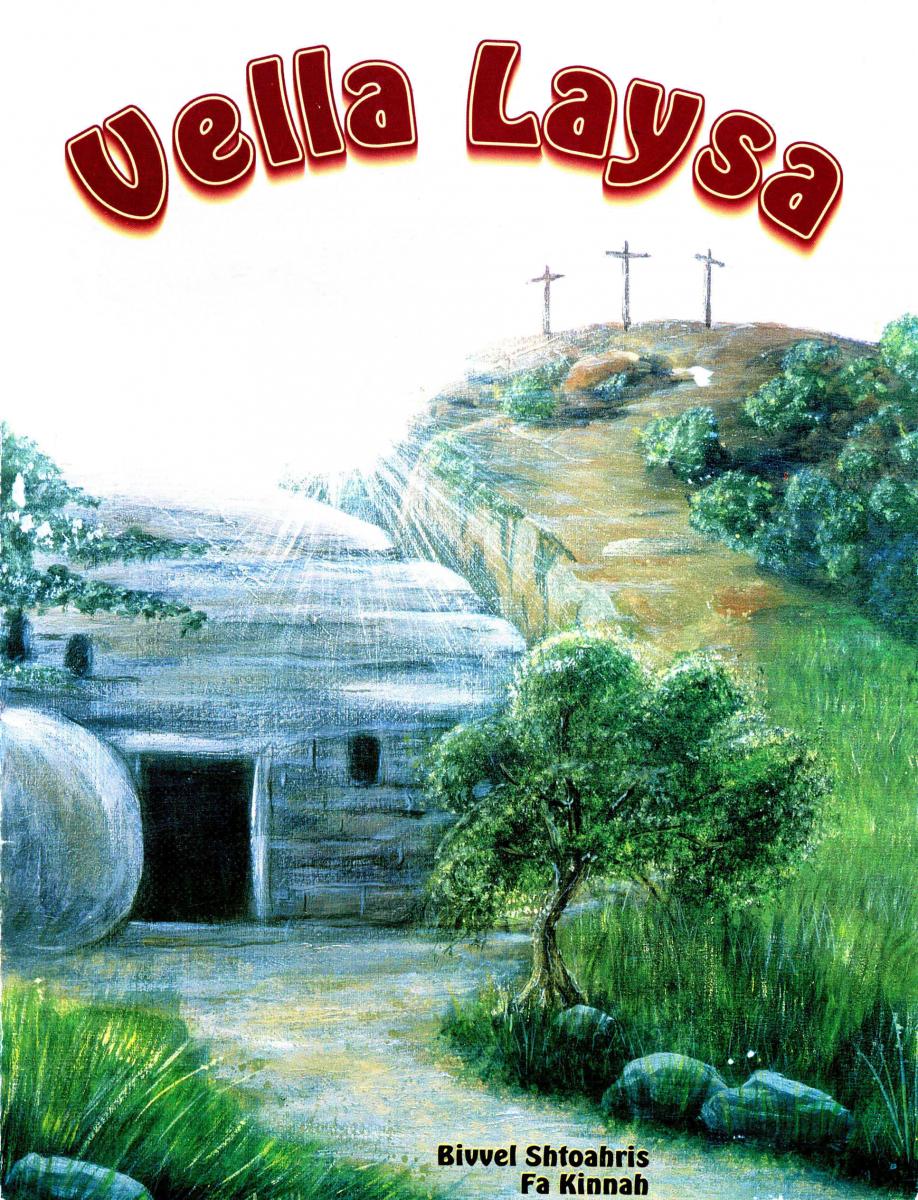