In the United States there is a persistent myth according to which German almost became the official language of the United States, losing out to English by a single vote in Congress at some point early in this nation’s history. The myth has been debunked for some time, notably by Karl J. R. Arndt in an article from 1976, and by Dennis Baron in his 1990 book on language policy in the United States.

The United States has never had an official national language, though there have been calls to designate one through legislation or a constitutional amendment going back to the eighteenth century. The real events underlying the German-but-by-a-single-vote story date to 1794. In that year the U.S. House of Representatives received a petition from a group of German-speakers in Virginia requesting that federal laws be published in German as well as English. Although a House committee endorsed this petition, when it came to a discussion on the floor of the House in early 1795, support was apparently weak. On January 13 of that year, after some debate, a vote was called to adjourn and defer further consideration of the committee’s recommendation. That vote was forty-two to forty-one against adjournment. Although the vote was not on the merits of the question itself, it apparently reflected only tepid support for translating the laws into German. Some time later, the petition was formally rejected, though exactly what the final tally was is not known.

As Karl Arndt discusses, blame for the “defeat” of the proposal to print federal laws in German translations—not to declare German over English the official language of the United States—was directed at the Speaker of the House, a prominent (and very anglified) German American from Pennsylvania, Frederick A. C. Muhlenberg (pictured below). Over time, the story emerged that Muhlenberg, in a betrayal of the language of his ancestors, cast the deciding vote against German, and the “Muhlenberg legend” was born. 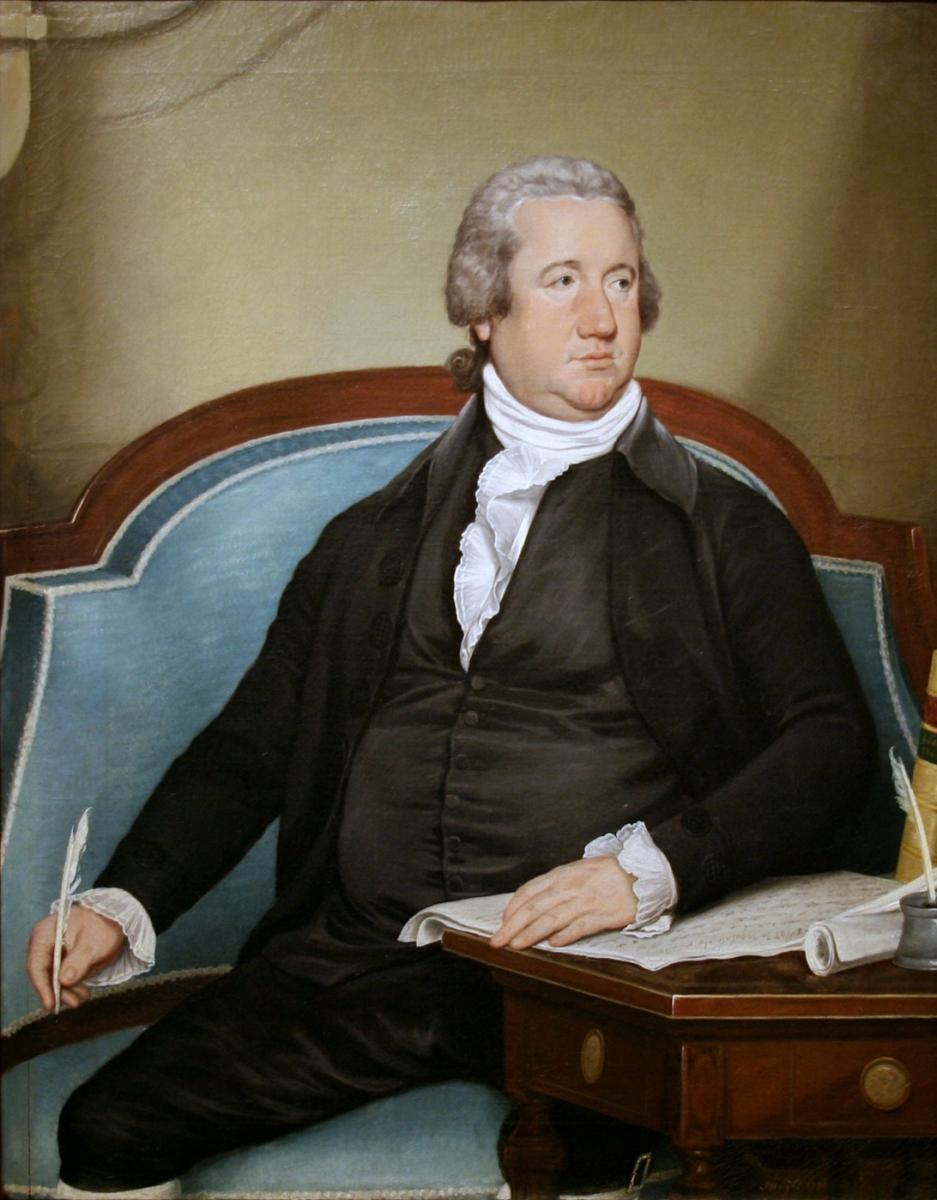 What is interesting about this myth, as Dennis Baron points out, is that it has been cited over the years by people with very different agendas. For example, it was promoted during the nineteenth century as a way of drawing more attention to the contributions of German-speaking immigrants (and their descendants) in American history. Especially in the latter half of the nineteenth century, when German language and culture were at their zenith worldwide, many ethnic Germans in this country felt marginalized in history books written from a decidedly “Anglo” perspective. More recently, supporters of English-only initiatives mention the story as an early blow struck against the divisive tribalism presumed to stem from promoting the use of languages other than English. One basic fact about multilingualism in United States history, however, that is regularly overlooked by advocates of declaring English our official language, and one that might well have been recognized by the members of the 1795 Congress, is that literacy in a language other than English is a rarity among Americans born in this country. 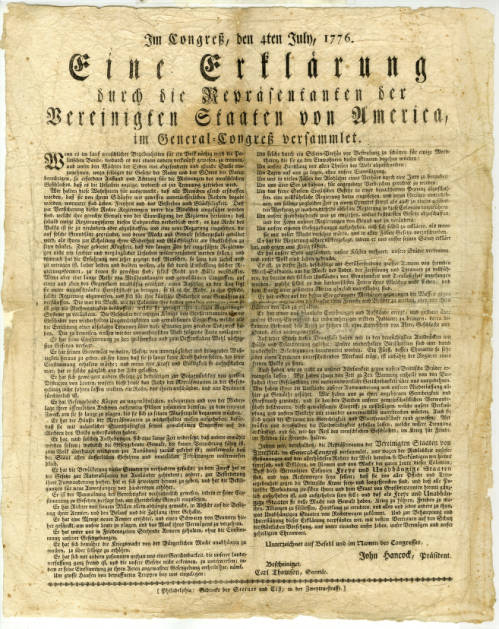 Despite the resilience of immigrant languages in the media, religion, and education, literacy among US-born citizens has long been dominated by English. This means that bilingual or translated publications, especially today, are read mainly by first-generation immigrants. Going back to early America, although scores of newspapers and other media were printed in German, even into the twentieth century (see the German translation of the Declaration of Independence at left), the readership for these publications came to be dominated by fresh arrivals from German-speaking Europe. At the time of the American Revolution, German immigration to North America dropped precipitously and did not rebound until the 1830s and 1840s. It could well be that the Representatives considering the Virginia petition in 1795 were not convinced that federal funds would be well spent on translation for a (then) shrinking German-literate population.

Sources: “German as the Official Language of the United States of America?” by Karl J. R. Arndt, Monatshefte 68: 129–150; The English-Only Question: An Official Language for Americans? by Dennis Baron, Yale University Press, 1990.