All immigrant languages in the United 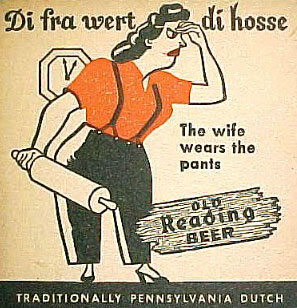 borrow words and expressions from English. Language contact is a natural consequence of cultural contact that, contrary to popular stereotypes, does not reflect the erosion or weakening of a language, but is an effective way of enriching a language’s vocabulary. Pennsylvania Dutch, for example, has about 15%–20% English-derived words and translated expressions.

At left is a vintage beer coaster from Reading, Pennsylvania. The Pennsylvania Dutch saying “Die Fraa weart die Hosse” is a direct translation of “The wife wears the pants.” The verb “weart” is based on English “(to) wear.” The original Pennsylvania Dutch verb “draage” used to mean both ‘wear’ and ‘carry’, parallel to its modern German cousin “tragen.” Today, “draage” means just ‘carry’.

A number of words and phrases have been borrowed or translated from German into English. Well known examples refer to food-related items like sauerkraut, pretzel, brat(wurst). Others include angst, doppelganger, hinterland, wanderlust, wunderkind, and dachshund. 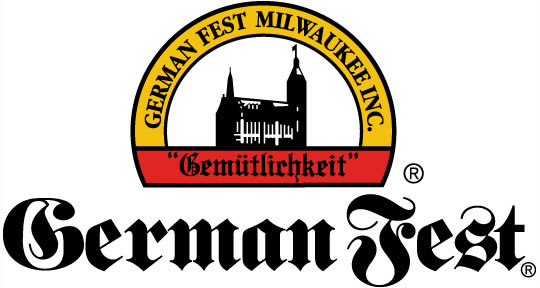 Regional expressions like How goes it? and Bring it with are common Germanisms. One of the more recent borrowings is the prefix uber (über), meaning ‘over-’ or ‘super-’. Also, the expression environmentally friendly is a direct translation of German umweltfreundlich.

English has become increasingly popular in German media today, especially as a resource for advertising slogans. This ad for the street cleaning department in Berlin includes a pun on the verb kehren ‘to sweep’. Language contact is a communicatively enriching process that promotes verbal creativity in bilingual speakers. 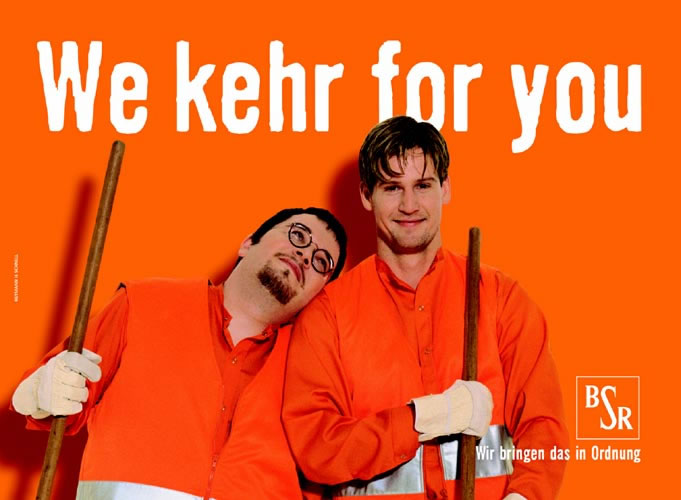