For decades, Wisconsin was the US state with the largest percentage of self-identified German Americans in its population. In recent years, North Dakota, 44.4% of whose residents are of German ancestry, edged the Badger State out for that distinction, but Wisconsin is still a close second at 42.3%. 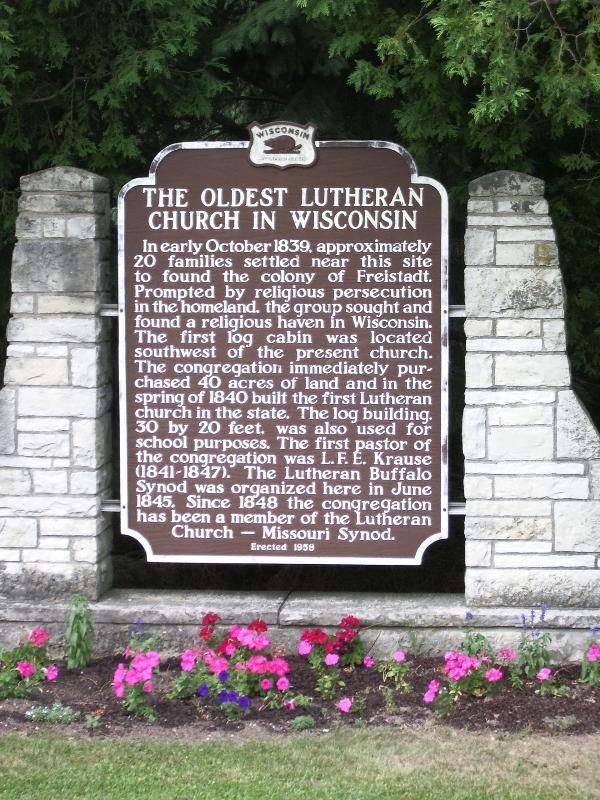 The German presence in Wisconsin goes back to 1839, when a group of twenty Old Lutheran families from Eastern Pomerania founded the community of Freistadt, which is located in Ozaukee County, north of the city of Milwaukee. Many of Freistadt’s current residents are descended from the twenty founding families, and the Lutheran congregation founded by Freistadt’s settlers, Trinity Lutheran, is still the sole church in the community today. Since Freistadt is unincorporated, there are no official statistics on its population available, however nearby Germantown, true to its name, is the most German of all Wisconsin communities, with 59.4% of its residents claiming German ancestry.

For several years, Germans made up at least one-third of Wisconsin’s population. In 1910, for example, 34% of the state claimed German ancestry. Many arrived in Wisconsin by way of Lake Michigan, through the city of Milwaukee, 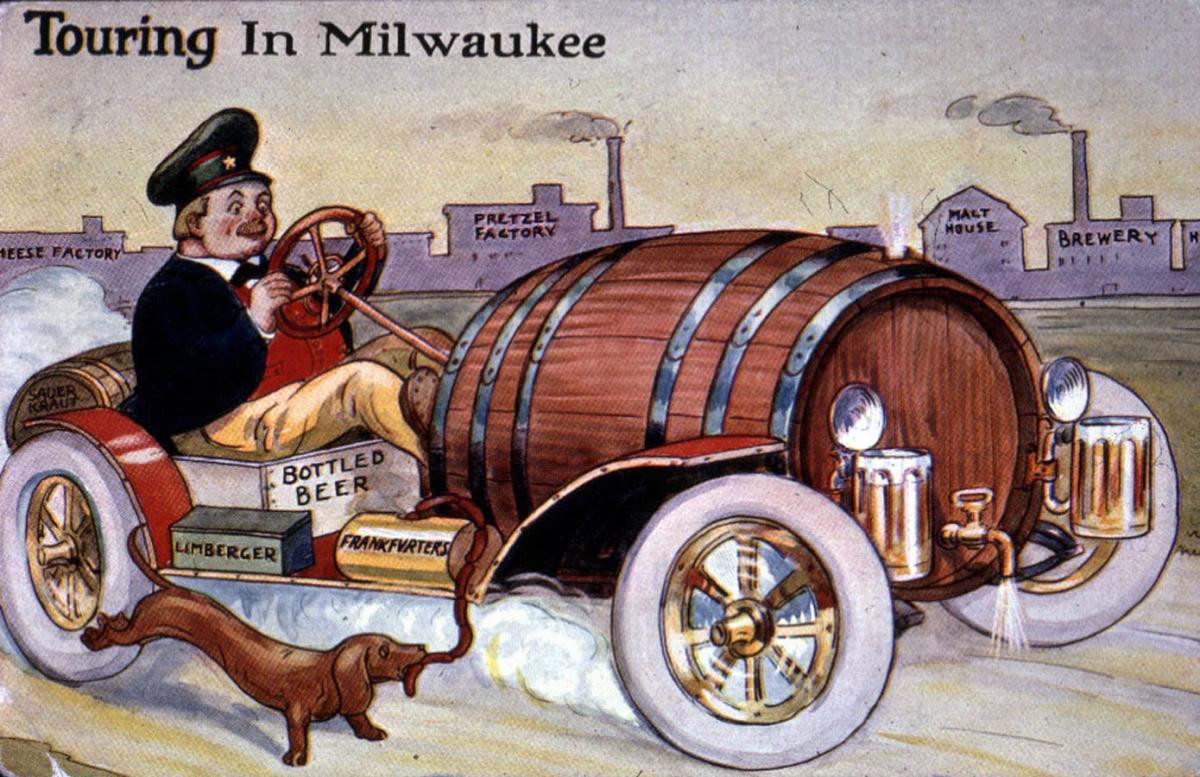 which became known as America’s German Athens (Deutsch-Athen). From Milwaukee, located in the southeastern part of the state, German settlers in search of farmland, such as the founding families of Freistadt, trekked north and west, forming a German Belt within Wisconsin that is visible on the maps below.

German settlers in Wisconsin came from many different parts of German-speaking Central Europe, from Prussia to Switzerland, Bavaria, and Austria, and the regions in between. This meant that the dialects brought to the state included those from the Low and High German dialect areas. (Click here to learn more about European German dialects.) The most commonly spoken Wisconsin German dialects after immigration were varieties of Low German, and specifically Eastern Pomeranian German, the language of the Freistadters. Prof. Jürgen Eichhoff observed that German appeared to have survived longer in Protestant, specifically Lutheran, communities, since their congregations supported German as a liturgical language longer. Because most German Protestants in Wisconsin came from northern Germany, that was also a factor in the promoting the maintenance of Low German in the state. 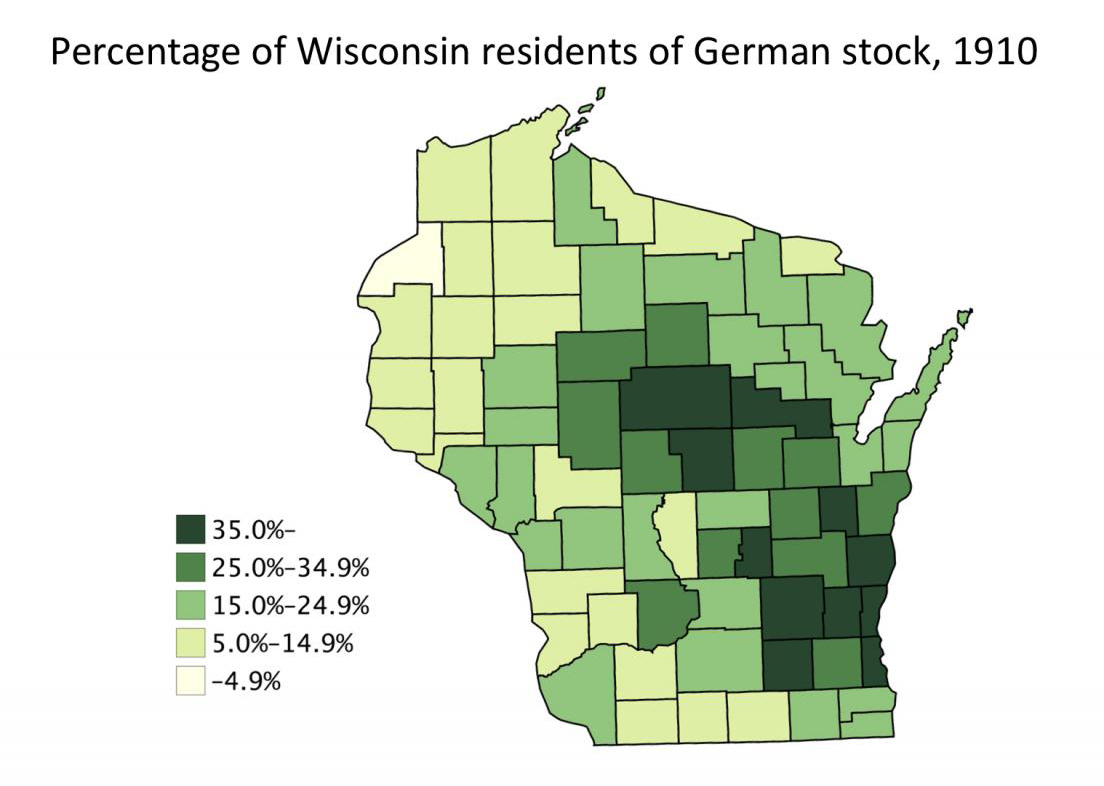 Over the past century, the demographic strength of Wisconsinites of German ancestry has increased substantially, as the map below shows. Note that the legend in this map is different from the one above: in the counties colored with the darkest shade of green, German Americans constitute more than half the population. 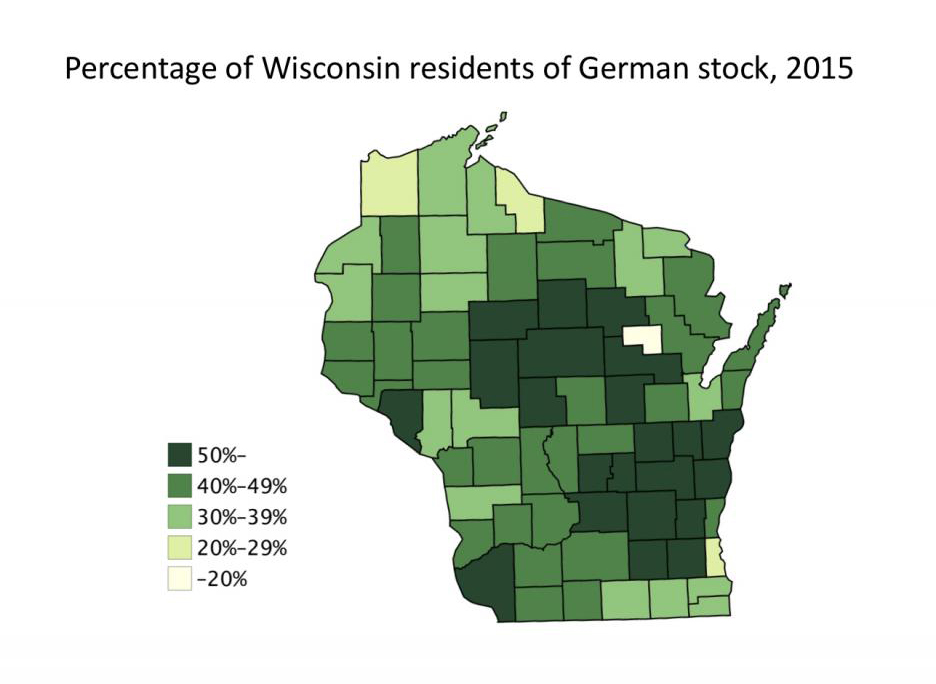 The map below shows Wisconsin counties for which German dialect samples are available on this website. These may be accessed via the list at the bottom of this page. 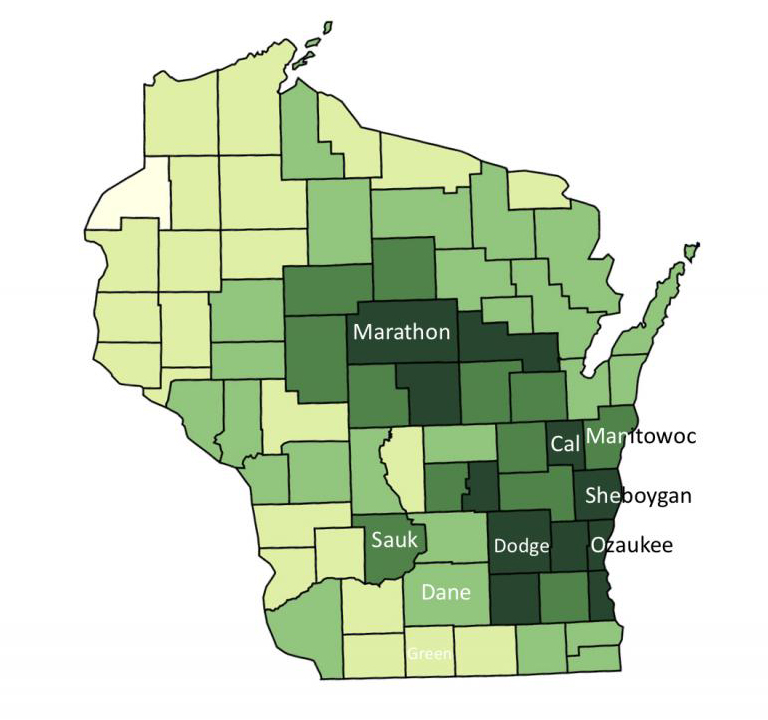